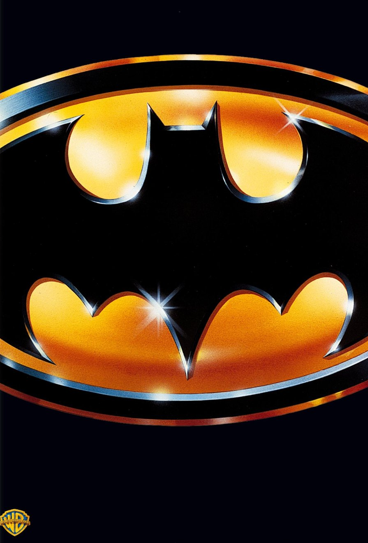 I’m a huge Batman fan. I’m a complete Jack Nicholson fangirl. So why didn’t this movie tickle my fancy?

Two reasons: It’s about 20 minutes too long, and Batman won’t come out of the closet.

The gist: This was Michael Keaton’s first try playing Batman, the second time being the gloriously camp Batman Returns. This Batman’s younger, drier, and way too tragic to be interesting. Even when he’s going up against the gangser-ified Joker (played by a deliciously sadistic Jack Nicholson), this Batman’s just not that interesting.

It’s the background characters that really make this movie interesting. We meet Vicky Vale, a photojournalist who eventually becomes Bruce Wayne’s lovelorn f*ck buddy. I won’t lie, she looked like she was having much more fun waltzing with the Joker after he kidnaps her. She adds some life to the story, as does the Joker himself. Jack Nicholson doesn’t quite know how to play an insane Joker, but he’s absolutely delicious as a sadistic crime lord. Add in side moments with Alfred the butler and reporter Alexander Knox, and you have an interesting movie around a superficial portrayal of Batman.

What I “learned”: Batman’s a schizophrenic character, maybe because he was initially created as a dark counterpart to Superman. But his biggest problem that that he’s also so cool. People want to be Batman for his gadgets, icy demeanor and sweet ride. But you know what? I doubt they really want to be Batman in their heart of hearts. He has to beat back the childhood trauma that he clearly hasn’t gotten over, all the while trying to prove to the world that he’s a good guy. So he beats up crooks randomly and uses excessive force because it’s fun. Because therapy sure isn’t sexy. No one likes Batman when he goes to therapy.

See this movie if you like: Jack Nicholson. That’s pretty much it.

Actually, no. If you’re a believer in the idea that Batman is a giant allegory for living in the closet, this film will be incredibly satisfying. Unlike Keaton’s Batman in Batman Returns (ach, my loins!), who was self-effacing and alluringly cold, this Batman may as well be an extra on a 90’s episode of Law and Order. There’s some missing piece to him, something Keaton isn’t telling us.

Avoid this movie if: You want a Batman that freaking makes sense. This Batman’s far too serious, and isn’t even reacting realistically to the super-hot Kim Bassinger throwing herself at him. Which would make sense if Batman was in the closet, but without that pretext the movie comes off as pretentious and stunted. This was probably meant to be an emotional and complicated Batman movie, but there’s just not enough there.

All in all, I don’t think Keaton knew how to handle this Batman. If he wanted to do a douchebag boyfriend, he should have gone for it. That would have been a great Batman. But you can’t be a douchebag boyfriend and a sympathetic scarred figure at the same time. Peter Parker‘s already got that covered. Keaton’s later Batman is a lot more well-rounded, and a lot more at ease in the world. So as many problems as Batman Returns has, it’s a much more fun movie than regular-a*s Batman.