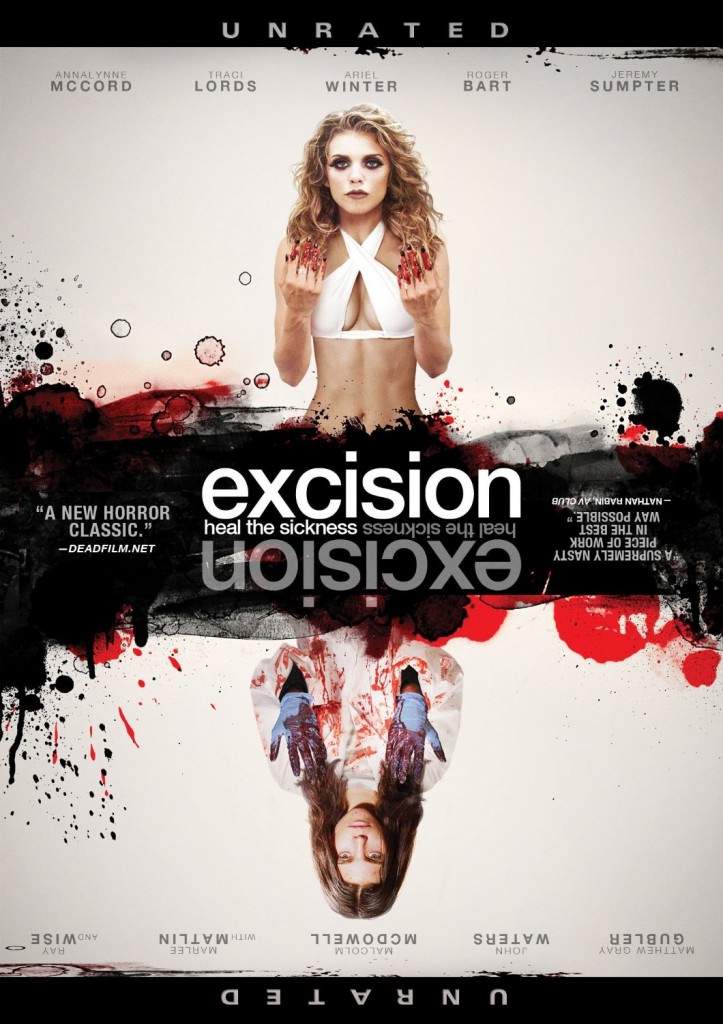 Oh, what a difference a day makes. I voiced my concern about doing something “useless” with my time by doing this Movie Challenge, and the world responded.

I now have actual encouragement coming my way. People are proud of me for doing this thing, because they see my end goal. They’re encouraging me to keep going. One of my friends is even doing a version of the challenge, inspired by me. It feels great.

How poignant it is then, that I would watch a movie about social isolation directly after this outpouring of support.

The gist: This is the story of Pauline, your archetypical loser kid cranked up to 11. She’s a social outcast, and is viewed as the “bad seed” by her overbearing religious mother.

But this isn’t just Carrie set in 2012. Pauline (played by an ugly-fied AnnaLynn McCord, to great effect) is smart, sexy and determined. She wants to be a surgeon, so she studies in the library and dissects roadkill. She talks back to her mother when she makes catty comments about Pauline’s appearance or hobbies. She’s a hematolagniac, which plays out in both creepy imagery and sexual liberation. And despite her little sister being treated as perfect because of a cystic fibrosis diagnosis, Pauline loves her and dedicates her life to helping her.

What I “learned”: Okay…. I’ve already ranted on Twitter about this movie. But here I go again.

Every adult in this movie is an a*shole who deserves to be punched in the face. Pauline is a weird kid, sure. But she’s also brilliant. She speaks like an English professor, has a keen interest in science and isn’t as sexually repressed as most kids her age. I would be proud to have a daughter like that.

Moreover, I would actually listen to Pauline when she told me she didn’t want to go to a cotillion ball. I would listen when she tells me that she thinks she may have bipolar disorder, and that she wants to see a clinical psychologist. That actually happens in the movie. Pauline is told to go to her room.

Yeah, Pauline snaps at the end of the movie. But you know what? Any sane person would have seen that coming. It’s not even Pauline’s fault. No one came up to her and said, “You know, you probably shouldn’t have punched those girls at school. But you’re right to be angry about those girls tagging your house.”

If I had a daughter like Pauline, I’d be an incredibly proud of her. I’d pull her out of school, then set her up with online classes and anatomy courses down at the community college. I’d take her to a live taping of the Savage Lovecast so she could learn how to express her sexual desires in safe and consensual ways. I’d do my best to make a home that felt welcoming to her, so she could grow up to be a functional adult.

Why wouldn’t you want a weird child? Seriously.

See this movie if you like: Movies with “desirable weirdos,” examples being Pretty in Pink and Ginger Snaps. Pauline is undoubtedly socially awkward, inappropriate, uncomfortable in her body, and doesn’t know how to express her (often legitimate) feelings. But she’s also a genius, sexually aware, and asks the adults in her life for what she needs several times throughout the film. You find yourself rooting for her, in spite of her graphic fantasies and occasional rude behavior.

Also, John Waters plays a priest. For certain people, that is reason enough to see this film.

Avoid this movie if: You hate blood. This is one hundred percent the bloodiest movie I’ve ever seen. It’s all visceral, it’s all lifelike. Even the Lady Gaga-style fantasies are filled with graphic imagery and realistic blood, which works well thematically but can easily lead the audience to gag.