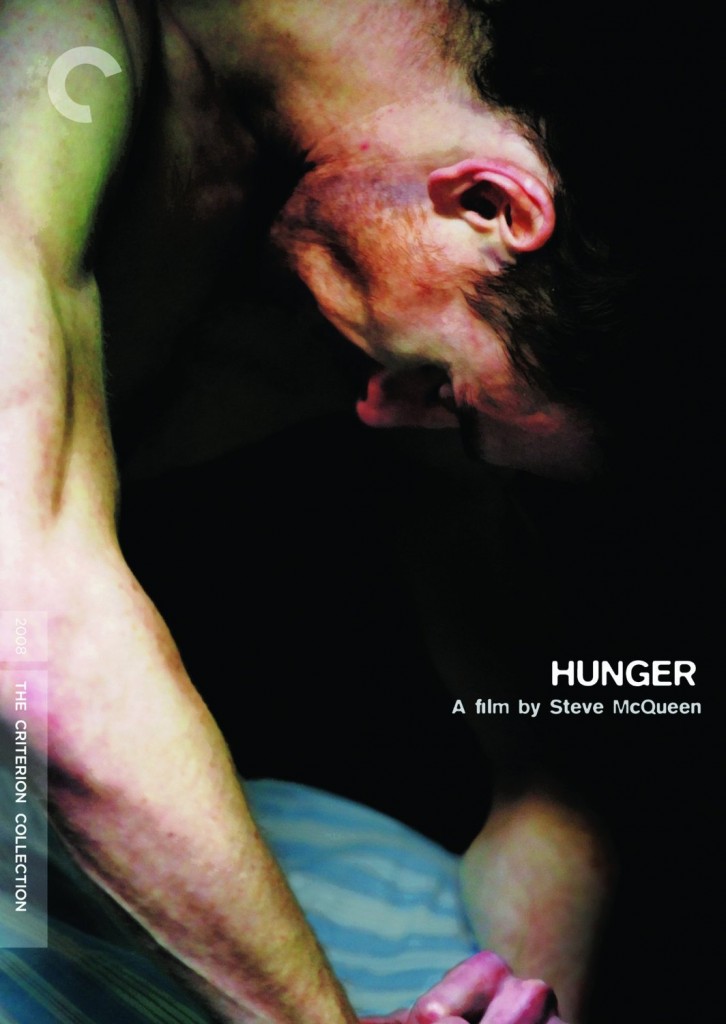 And it’s time for another change of pace… a movie about war. A war with assassinations, standoffs, anf prisoners striking for their rights. And it only happened in 1981.

This movie’s messed up. I’m not going to make any bones about it. Naked men are beaten repeatedly,  the  shot in such a way that one can’t help but think of statues of Christ. Men are given cavity searches surrounded by groups of noisy guards, after being beaten by nightsticks. Starvation is displayed in all its physical vividness. Walls are painted with excrement and food alike.

It’s all real, folks. This is Ireland. Strap in.

The gist: Hunger is a film about a very specific moment in history. It’s tied to the Troubles of Northern Ireland in the 1980s and 1990s, specifically the hunger strikes of Northern Irish rebels looking for classification as political prisoners. If you’ve ever heard of the IRA, you’ll have some inclination as to the severity of what’s going on. The fight for total Irish independence from England has turned violent, in many more ways than one.

Bobby is one of many IRA and general independence fighters in prison, protesting their conditions by refusing to wear clothes unless absolutely necessary and refusing to bathe. There’s been little political movement on the outside, though. Margaret Thatcher is refusing to listen to their demands, basically calling their tactics childish. So Bobby and a handful of the prisoners decide to retry a hunger strike, which had drawn attention to them years ago. But this time, as Bobby tells his priest, he won’t be afraid to die in the attempt.

What I “learned”: Much of this film reflects what I learned originally going to Ireland, back when I was 19. My family’s from Northern Ireland, you see. So while I was living most of the time Dublin, I made a point of going to Downpatrick, the village my family most likely originated from.

The Irish identity is messy, and a far cry from the Irish-American identity. It’s full of anger, idealism, bull-headedness, faith, and sacrifice. For a little while, the movie follows the life of one of the (presumably Loyalist) prison guards, showing his activities and potential guilt about the brutality he and his colleagues display toward the Republican prisoners. The Irish people don’t have a cultural enemy. It’s too complicated a story.

See this movie if you like: Modern Irish history interests you. I’m obviously very tied to this period of history, and the movie is very beautiful visually. But unlike independent films like The Last Circus and Adventureland, I think knowing Irish history up to this point makes the watching experience so much richer. The other two films can be enjoyed without any real knowledge of the time period in which they are set. This one benefits directly from that knowledge, perhaps to its detriment. Perhaps I’m not the right person to write about this movie, as I can picture Bobby and his schoolmates running around in Donegal as he describes it to the visiting priest.

Avoid this movie if: You typically don’t care for “indie movies.” By that I mean movies filmed so intentionally artistic that it feels put-upon.

You know the characteristic of an “indie movie.” Long moments of reflection, wide shots of one person approaching the camera, a unified color palate with its symbols screaming in your face. This movie is beautiful, but trust me. The tropes are all there.