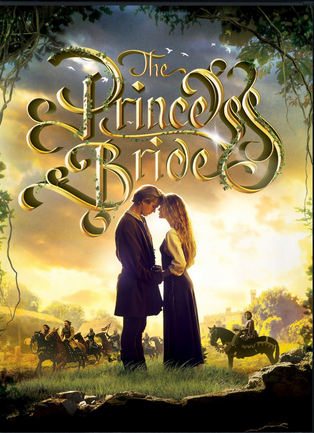 This is the first rewatch in a while, but there was no way I was going to leave The Princess Bride out of the 500. This movie’s too important to me personally, and is the epitome of a cult film. There are people who love this movie, and those that have never seen it. I haven’t met a person who actively dislikes it. At worst, people think it’s boring. But they’re wrong. They’re just wrong.

The gist: The story’s based around the idea of a grandfather reading a story to his sick grandson, but that doesn’t matter. What does matter is Buttercup and Wesley (Robin Wright and Cary Elwes, both arguably in their prime). They’re in love but they’re separated, first by death and then by Buttercup’s fiance. Namely, she thought he was dead and was so emotionally dead that she hooked up with the first prince that proposed to her.

But then Buttercup (now a princess) gets kidnapped. That’s what tends to happen to princesses in these types of stories. But two out of her three kidnappers are the most charming kidnappers you’ve ever seen. It’s Andre the Giant and Mandy Patinkin, you know they can’t be all bad. And they’re not! It’s a fairy tale, everyone needs funny friends.

What I “learned”: What makes a movie timeless? Upon surveying the people I re-watched this with, everyone had a different answer. The actors are genuinely sincere in their roles, the writing is well crafted, and the humor is general enough to still resound today. But it stands out against, say, Conan the Barbarian, because of one thing: Freedom from binds of genre.

The Princess Bride is so good, from my perspective, because it does not limit itself purely because it is a fantasy story. It’s the biggest strength that it derives from the book. It isn’t afraid to contain random humor, buddies rhyming together, and dismissing of the story as a “kissing book.” It goes outside its tropes, and it does so so willingly. As a result, it appeals to people outside of the core fantasy fan group, over and over.

See this movie if you like: Adventure movies from the 1970s and 80s that employed a very fantastical setting. Those movies employed a purposefully unrealistic aesthetic to tell the story comprehensively. Most of the time, it comes off as awkward. But this movie structures itself explicitly as a fairy tale, and delves into itself. The world feels more comprehensive and all-encompassing than any of its era. The actors feel at ease within it, which adds to the timelessness of it all.

Avoid this movie if: There’s no reason to avoid this movie. Even if you’re not a fan of fantasy, there’s enough random humor and devoted acting to make this movie fun to watch casually. It’s not deep enough fantasy that there’s dragons flying around. And if nothing else, you can watch it for the shear joy of watching Wallace Shawn chew scenery like no one else.

One Response to 500 Movie Challenge: The Princess Bride