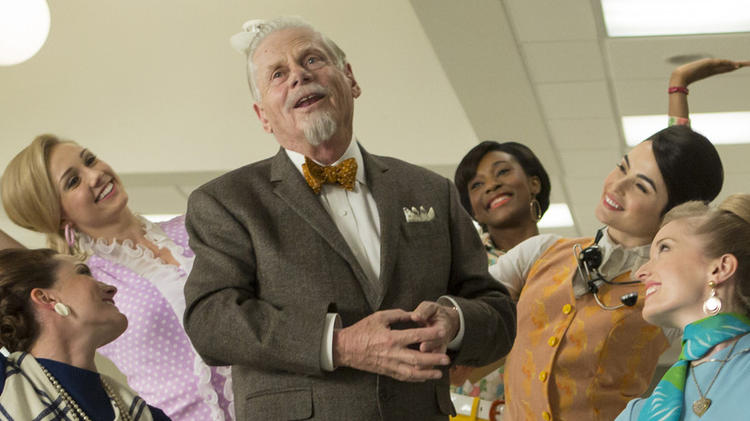 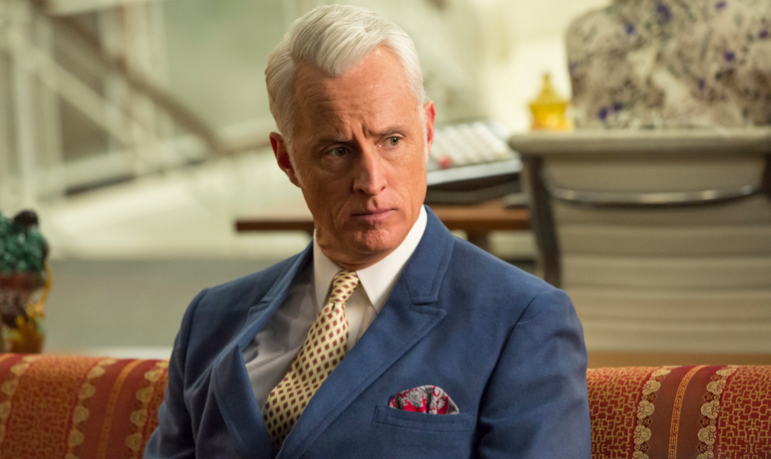 This week in Surly Stares: The Constant Worrier.

Okay, so you heard me whine and moan about Mad Men yesterday. The last episode of 2014 has officially aired, and it’s definitely conjured up some feelings.

First of all, let us note that Don finally admitted that he’d much rather focus on work than on the strictly-business side of the agency. What a modern outlook, and what a fabulous coming together of 1950s loyalty and 1960s honesty. Call me a Millenial (and I know many will), but this feels like a sign of Don’s maturity more than letting Megan go. No one’s still so concerned with status that they’re willing to do work that actively fuels their unhappiness. Get out while you can, indeed.

Peggy’s also kicking a*s, finally. Don looks on like a proud dad during her initial presentation, which makes me want to further pummel anyone who suggests that those two will eventually do the nasty. Peggy’s learned everything from Don, and seems more than willing to let the relationship be. Look at how much she’s learned from him—she’s even using sly lies about her married status to charm clients, the little minx. 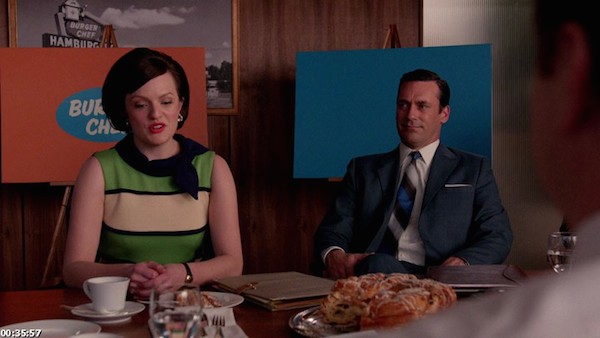 In the meantime, the giant elephant in the room launches into space and lands on the moon. Cut to flashes of the main characters watching the landing with their families (including Roger with his ex-wife, awwwww). Sally Draper even snags some nerdy make-out action, of which I thoroughly approve. Then we center on the man of the hour, Bert Cooper. The last remaining founder of Sterling Cooper and Partners, who gives the most appropriate evaluation of it all: “Bravo.”

Cooper voices his approval of this historic event, then apparently dies immediately after. It isn’t strange to me that Bert would die, but rather that he would die so naturally. He was the parental figure to so many in the office, and respected partly in spite of his old-fashioned attitudes. He nurtured Roger from when he was young, and provided the stability to many others throughout the office. You took off your shoes before going into Bert’s office because it seemed the good and proper thing to do.

How strange it is then that Bert should die so soon after one of the next generation’s greatest achievements. Nothing else has merited such a sound approval from Bert or likely everyone else on the show combined. But with the moon landing, Bert can voice his approval and finally move on.

Because let’s be honest: How much would all of us give, even now, to have our parents’ approval? To finally do something that impresses them? People spend their whole lives waiting for the kind of smile Don gives Peggy during her presentation. More often than not, we just pull a Sally Draper and aim to distance ourselves from them, certain we will never see that smile. But Don and his ilk do get that subtle approval from Bert. He appears to Don as a hallucination while the tragic news is delivered to the rest of the staff, but it’s not at all a scary incident. It’s a “well done” kind of vibe, enough to suggest that those coming of age in the 60’s (even if just emotionally) are doing just fine. What they do with that approval, we’ll see. But it’s not at all a horrible way to end such a terrific year.

Going out through a hallucination? Hey, could be worse.