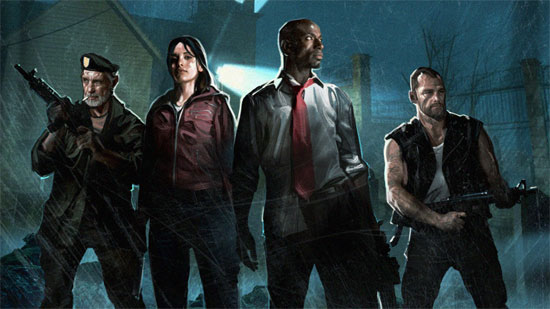 Recognize the Role of Video Games in My Life

I suspect that the reasons behind this are from my upbringing and then my subsequent addiction to gaming.  As a kid, I remember always asking for a video game console, but for whatever reasons, my mom never let me get any.  I think she suspected that it would interfere with my school work or worsen my eyesight.  To my mom, video games are a form of wasting time, and I believe I learned that belief from her, despite still being strongly drawn to gaming.  So the closest I got to video games as a kid was watching other kids play them at the local arcade or at a friend’s house.  By the time I was able to go to arcades on my own and play all I wanted, I felt that I shouldn’t waste so many quarters on such games, and only played minimally, while spending the rest of my time watching others play. 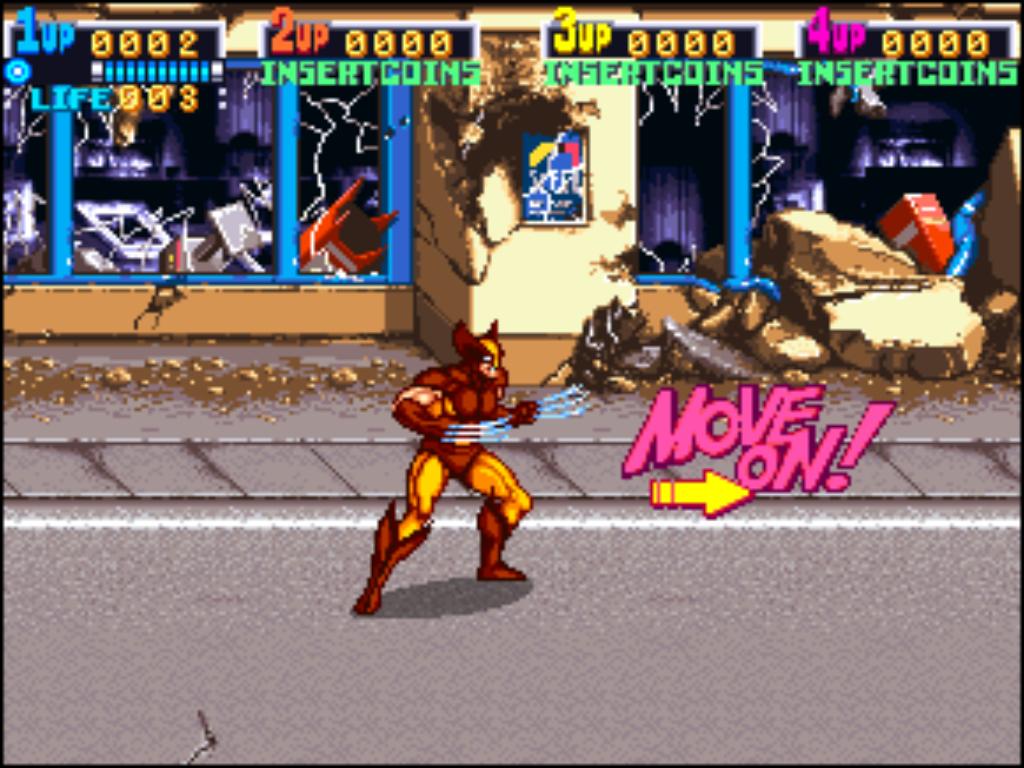 I used to watch the X-men Arcade game for hours at the local arcade shop. One of my all time favorite arcade games.

By the time I was in college where I had access to free games on my computer (thanks to friends who would share their games), I really began to play them regularly.  I used video games as a means of relaxing from studying, and I would often play into the early wee hours of the morning.  At the time, it was awesome, and I became quite skilled at first person shooters during this time. 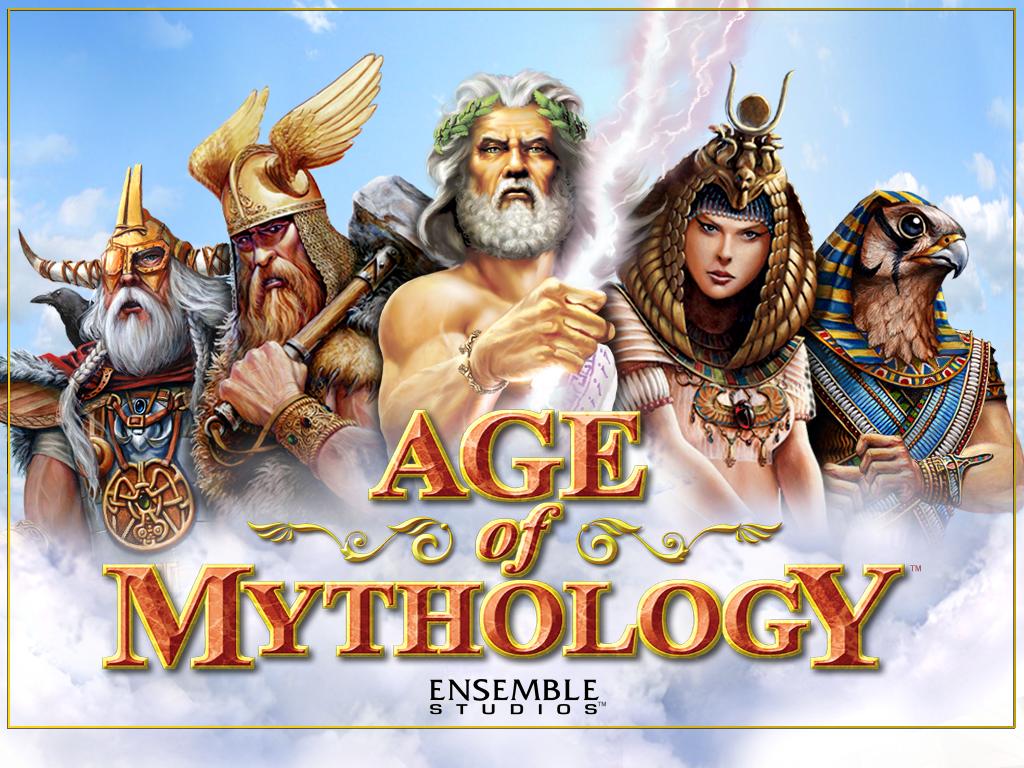 My first Real Time Strategy game. Also one of the first games I ever played all the way through to the end. 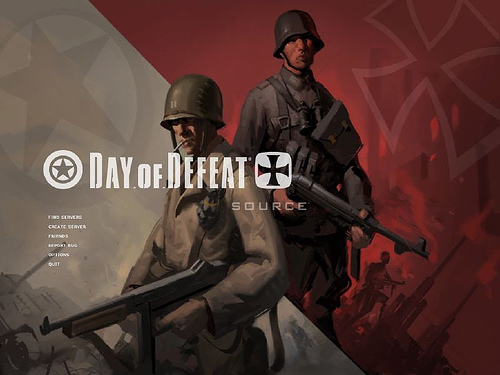 I fell in love with Day of Defeat, a WWII first person shooter. I became super awesome with FPS with this game and usually scored high.

During the summer between my junior and senior years in college, I decided to stay in my college town and work on campus.  Because most of my friends were home for the summer, I didn’t have many friends to hang out with in my college town, and I only saw friends when I drove to my hometown on the weekends.  I began to feel disconnected from my friends.  Most of them played World of Warcraft at the time, so I decided to join them in the game.  Playing WoW was quite an experience.  It allowed me to connect with my real life friends on a daily basis even though we were physically far from each other.  For many, many hours we would interact with each other through audio chat while we toiled away at missions for our virtual characters.  It also allowed me to connect with new online friends and gave me a strong sense of accomplishment because even a small amount of time devoted to playing would equate to experience points (XP), bringing me closer to a higher level for my characters.  It was the perfect game for me at the time. 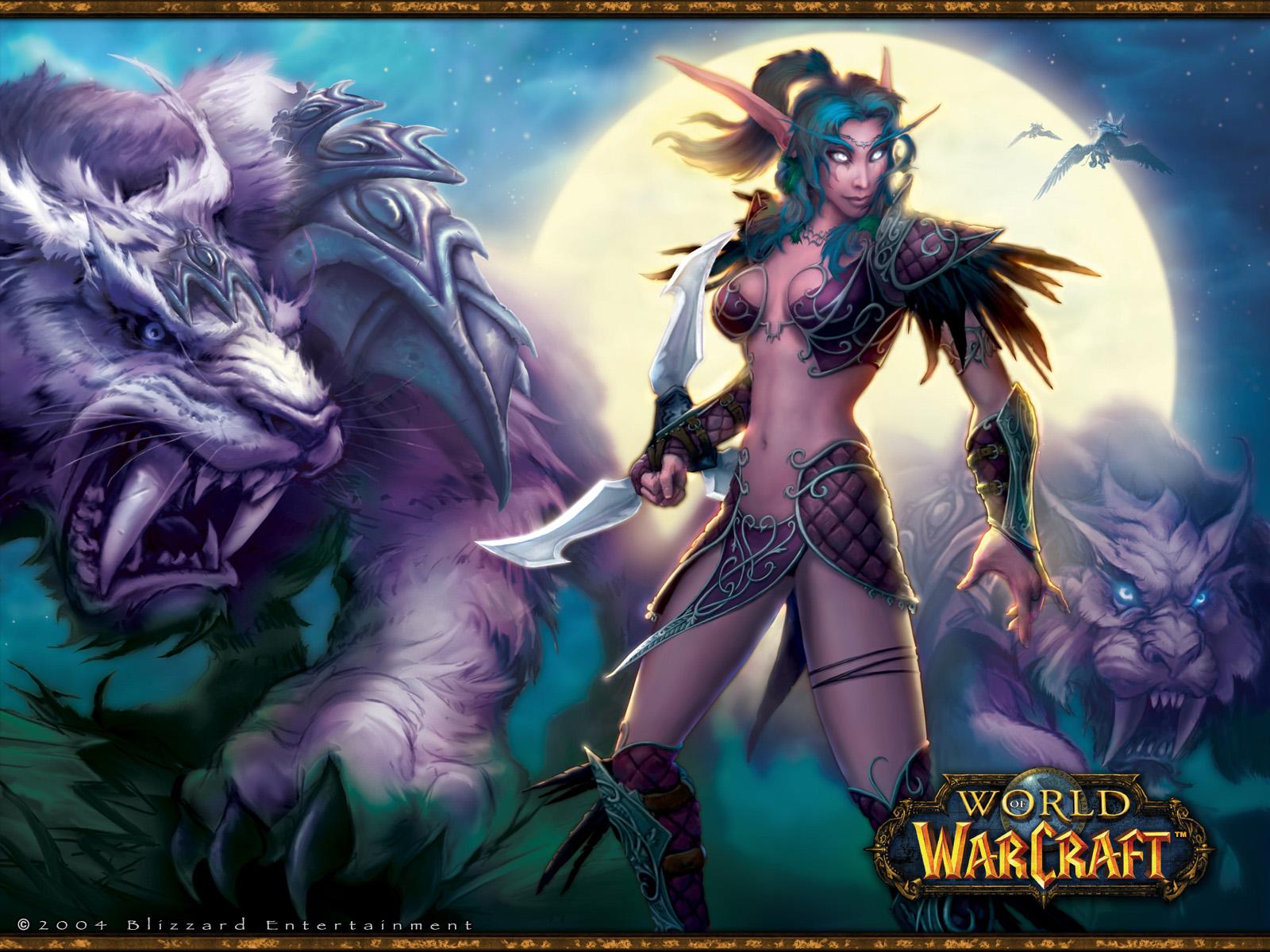 Oh WoW, why you do me like you do? My main was a Night Elf, much like the one pictured here.

When school was in session again, I lessened my gaming and devoted my time back to my studies and filmmaking.  But after I graduated from college, left with no real goal of any sort and living at my mom’s house, I began to play World of Warcraft in crazy amounts.

It became an addiction, and it was like I was on drugs.  I would wake up, jump on my computer, play the game, and quickly run to the kitchen or bathroom for my meals and bathroom breaks, then run back to my computer and continue playing, then when I became overly exhausted (usually around 4-7am), I would finally shut down my game and go to sleep.  Rinse and repeat.  This continued for weeks on end, and I’m sure my mom didn’t approve, but she was nice enough not to say much about it.  While this was happening, I knew that something was wrong.  I no longer went outside anymore and I knew that what I was doing wasn’t really what I wanted to do.  Plus, I was still drawn to my filmmaking, and it was frustrating not to be working on it.  But the addiction was strong.  It often made me think that I was accomplishing great things, even though all I was doing was racking up points for a virtual character.  Plus, it only cost $15 for a full month of access.  That was a big selling point of the game for me and my friends.  We saw that even just going out to the movies would cost well above $20 for the tickets, food and gas.  In hindsight, I see this as such a scarcity mindset, but at the time, the addiction had good reasons for me to continue where I was.

I wasn’t able to really stop playing until Rene and I finally decided we were going to move to Los Angeles and try to work in the film industry.  Luckily this was only 3 months after we graduated college, so I was only severely addicted to gaming for about 3 months.  When we moved out to Los Angeles, I ceased all gaming.  I think I was afraid that I would get addicted again and was beginning to worry about how I would pay the rent and have money to eat every day.  That concern was strong enough to keep me from video gaming for probably about a year.  I might have played some casual internet games, but nothing as intensive as a Massively Multiplayer Online Role-Playing Games (MMORPG) like World of Warcraft, or even first person shooters.  It wasn’t until our money situation was more stable and I had a need for de-stressing from my stressful day jobs that I began to return to video games like first person shooters, and then only rarely.  Which brings us to my present situation: I still have a passion for video games, but I think I have trained myself not to game much for fear of returning to that mad addiction I experienced over 3 years ago. 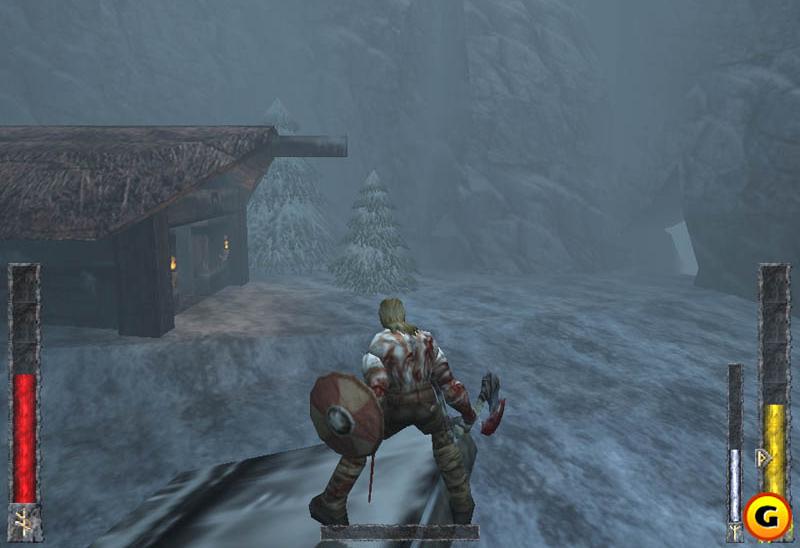 One of my all time favorite games, Rune. Who wouldn’t want to be a viking warrior fighting his way back to the world of the living? 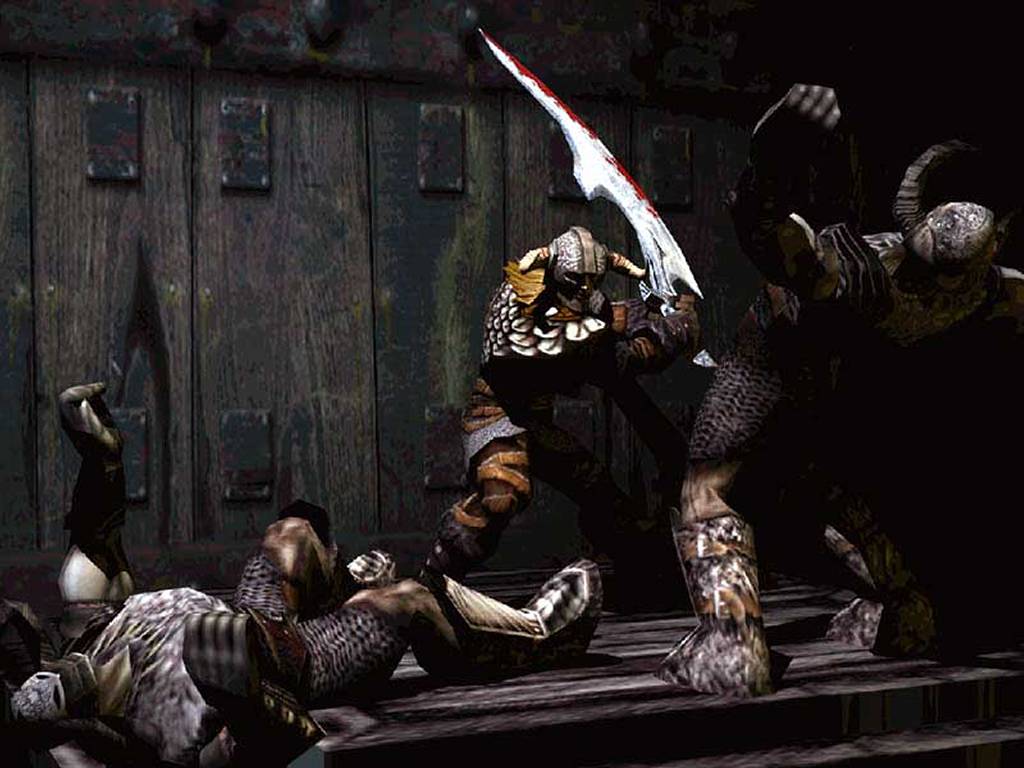 See how cool Rune is? The art in it is pretty cool, too.

I’m now in a much more stable situation, and because I no longer have day jobs, and own my own business, I have a lot more free time to game.  But I think I still feel that video games are a form of wasting time.  Instead of playing, why not do the laundry? or clean up the mess that’s in the kitchen? or do more work for my company?  It’s come to the point where I simply don’t respect gaming in my life.  I push it at the end of my never ending to do list and rarely end up playing.  This doesn’t make sense to the whole of me because I view video games as an excellent form of relaxation.  So if I’m avoiding video gaming, am I avoiding relaxation in my life?  I think this might be true since I also push other forms of relaxation to the bottom of my to do list. 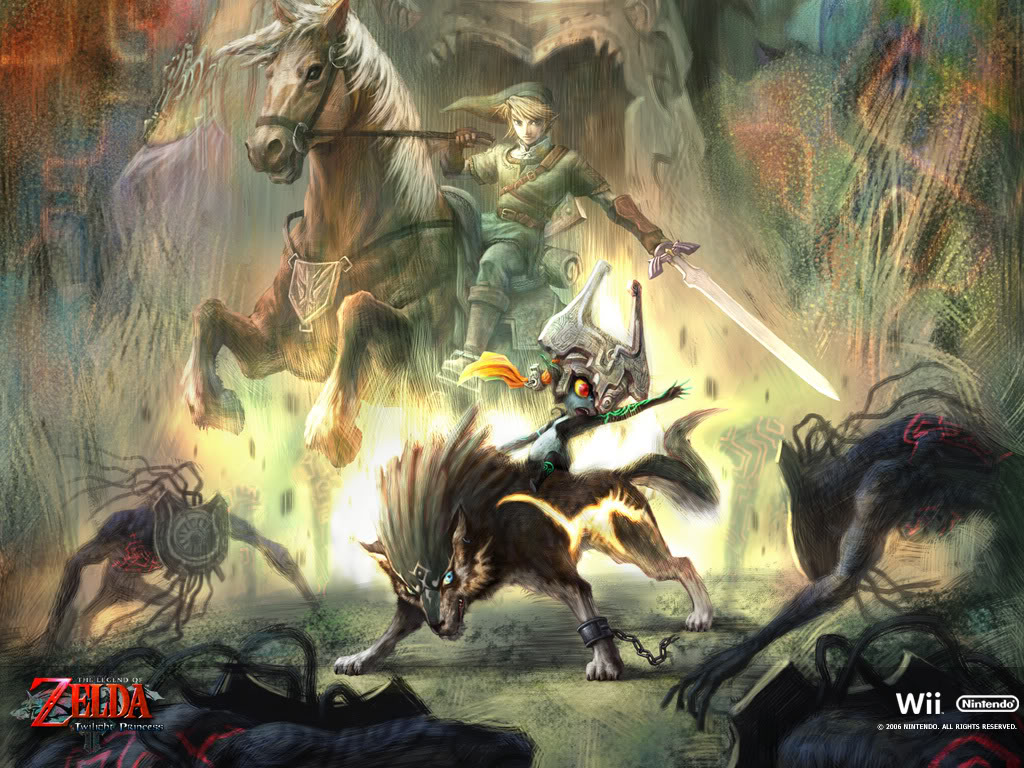 I want to change this.  I believe that video games are a wonderful form of art that allows us to interact with it.  It’s quite a web 2.0 idea of art, and I want to appreciate all that it has to offer.  In order to do this, I must accept with all of me that video games are indeed a form of art, and that if I play video games, I’m not wasting time, I’m getting to know an art form, bettering my character (not just my virtual one, but my real character as a person, too), and most importantly, relaxing.  To this end, I hope to start playing video games regularly again.  I’m aiming to write some blog posts about the video games I play so you can see my progress in this endeavor.

Nothing more relaxing than fighting a horde of zombies with three of your best friends in Left 4 Dead. Okay, maybe that’s not the most relaxing, but it sure helps me forget about stressful days.

Are you a gamer?  What games do you play and have you had an addiction similar to mine?  Do you think I’m just coming up with excuses to continue video gaming?  Or is the pursuit to actively play video games a noble cause?