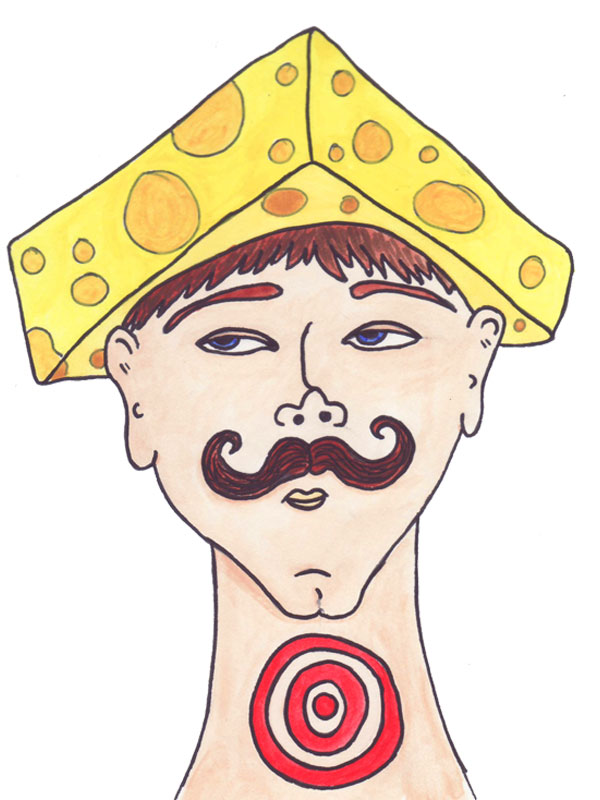 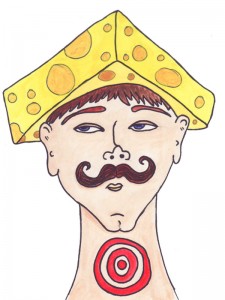 Dictionary (dot) com lists the definition of the term pretentious as “making an exaggerated outward show” or simply being “ostentatious.” However, I prefer the definition on Urban Dictionary (dot) com – “Trying to sound intelligent by using long, complicated words, even though you don’t know what they mean.” Let me start off by saying that I, too, am guilty of being pretentious from time to time. I believe we all are to some extent. Sometimes it comes off as amusing, and you get a good laugh from sounding smart by appropriating swanky fifty dollar words that would turn on any academic with good hearing and linguistic comprehension capabilities. And it’s OK to feel good about being intelligent and letting people know. But, if we’re not too careful, we may take that pretentiousness from a quirky, cute level to the level of douche bag (or d-bag for you polite folks). And once you have reached that d-bag stage of being pretentious, it makes others want to punch you in the throat.

Here are a few examples in no particular order of pretentious acts where being punched in the throat is justifiable:

1. Unnecessarily name dropping your favorite authors.  It’s wonderful that you read and have favorite authors. What’s even greater is that you have books. But unless someone asks you what you’re reading, what you like to read or even for a book recommendation, it’s best to keep your literary predilections to yourself. For example, a friend of yours might comment, “Man, it’s looking gloomy and cold outside.” A proper response would be, “Yup, sure does. Bring a jacket.”  However, a pretentious individual wouldn’t dream of responding in such a conventional manner.  Nope, they’d take this opportunity to tell you what author comes to mind.  Their d-bag response would be, “Yes, it does look dreary, doesn’t it? It’s like being in the wild moors of a Bronte sister novel. Speaking of, which Bronte sister is your favorite? Most people prefer Charlotte because of Jane Eyre. Personally, Emily is my favorite. I felt like her prose were smoother in Wuthering Heights, and the character development was borderline genius. And the way she crafted and explored the sensitive relationship of the brooding Heathcliff and the lovely Catherine Linton…ah, I just can’t get over…blah blah blah..”  At this point, no one is talking about the weather anymore and someone needs to get punched in the throat. I bet none of the Bronte sisters ever got punched in the throat, even if they were pretentious women who could afford to write.

2.  Abusing the Facebook status update feature.  Unless you have something mildly interesting and witty to say or you’re George Takei, none of your Facebook “friends” care. They want you to stop clogging their newsfeeds with incessant rants about the sriracha crisis (No worries, the crisis was averted. You can continue spicing up your pho and sushi to your heart’s burning desire!), what cute things your pets are doing (hate to break it to you, pal, but your pet isn’t a person), where you’re traveling to next (unless you got kicked out of a foreign country for trying to smuggle drugs in your vag, I don’t want to hear about it) or how many miles you ran that morning. I blame Facebook for not implementing character limits on their status update feature. That status update box is a playground for pretentious d-bags that HAVE to share how their day is going or complain how the world around them isn’t stimulating enough for their oversized brains. Well you know what, asshole, there is something being stimulated…my desire to punch you in the throat. The status update isn’t meant to be thought provoking or a space where the public wants to “indulge in your introspective nature with you,” unless you’re George Tekai. That status update is to let people know that you’re still alive and kicking or you saw something awesome, preferably in 160 characters or less. Friends want to read a status update like, “Lost my arm to a tiger. Best trip to Thailand ever!” They don’t want to read about your “current sad disposition in a world of mindless creatures whose brains have been saturated by the evils of social media.”

3.  Carrying Moleskin Notebooks, the black ones, of course. That doesn’t take much explanation.

4.  Having theoretical conversations in random places.  As an academic, having theoretical conversations about feminism, dismantling power hierarchies, and unpacking the effects of socio-economic racial inequalities with your peers over coffee is a norm. Trying to have the same conversations with the guy you’re sitting next to on the train isn’t. Unless, you randomly find yourself sitting next to Noam Chomsky or Rachel Maddow, then all bets are off. I mean, it’s totally OK to think critically about stuff and even think about ideas by other smarties with PhDs and philosophers that relate to the stuff in your world, but sharing your thoughts with others can be tricky. Depending on the company you keep, discussing literary critical theory or Foucault in general doesn’t always go over well. If you’re in the company of those who like that sort of thing, then it’s great. Talk until your throat hurts and you have to reach over for your bottle of Pellegrino. But if you’re at a pub with your friends enjoying a lager and watching the San Francisco Giants play, bringing up Jacques Derrida and the development of deconstruction may get you punched in the throat.

5.  Buying TOMS shoes. I’m guilty of this one. I’m that pretentious asshole who buys things for a cause. I have four pairs to prove it.

6.  Being French or British or some type of European when you’re actually from Wisconsin.

Being smart and sounding smart are two different things. Intelligent folks don’t always feel the need to use fancy words to say what they want to say because they are conscious about what’s around them and know who they’re talking to. Pretentious individuals know that as well, but decide to be jerks about it anyway. If you’re not careful and check yourself before you wreck yourself from time to time, you run the risk of alienating people around you. Do you really want to be known as that asshole in the communal kitchen who talks too much about too many things that no one cares about? Of course not. And I’m pretty sure you don’t want to get punched in the throat either.

Did I miss anything from my list? Let me know below in the comments.